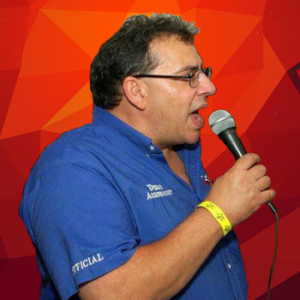 Dave was the pride of his family when he became the only child to attend college… that pride turned to shame when he decided to work in the radio industry. Having worked in radio markets in New England and Florida, Arizona, New York… Dave settled down in New Hampshire to raise a family and a herd of Ferral Hamsters. Dave fulfills a vital role at Seacoast Oldies (No, we’re not really sure what he does besides the morning show) Dave believes in his work… When not working Dave likes to wander around his house in pajama’s murmering “If you don’t like being chained in the basement, why did you knock on my door?” and “Weird Al has never been truly appreciated.” His dream is to one day officiate a Lingerie Football League Game.